Buying and Selling for Profit!

Kevin September 14, 2016 Side Hustles No Comments on Buying and Selling for Profit! 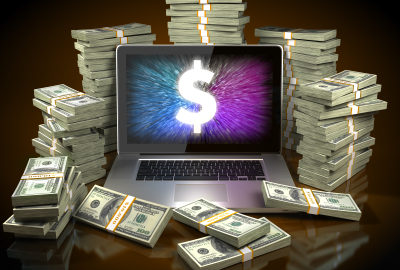 There’s great opportunities out there for people who are patient and know the value of what they’re looking at.

My practical example is with currency; specifically Canadian coins. I’ve enjoyed this hobby for several years, and have learned quite a bit about coins and what they’re worth over those years. A lot like sports cards and comics, there are price guides for coins that will give you a good idea of what a particular coin is worth for a specific condition. These numbers are not always accurate, but it does give you a good idea. If you’re purchasing a lot on eBay and other classified sites, you figure out fairly quick what something is worth.

I’ve made about $5000 selling coins on eBay and local classified sites, and i’ll give you two examples below of how I profited.

With small items, the name of the game is buying in bulk! Usually if someone is selling a larger lot, it’s because they just want to get rid of the items, are not aware of the specific value of a single item, and are most likely not a collector of that particular item. My first example is a purchase on eBay. I was browsing the “collections/lots” category (make note of that!) and came across a listing for 25 1950 Canadian quarters for about $60. With my knowledge of coins, I knew that all pre-1967 Canadian quarters are made of 80% silver, making each coin worth about $4/each in silver content alone! A quick browse of completed auctions showed that single 1950 quarters in excellent condition were selling anywhere from $5 to $15 each! With that info at my disposal, I thought there was nothing to lose on this and quickly bought them up. Upon receiving the coins, I noticed there were some that were in mint condition and others that were a bit rough. I took a picture of all 25 coins and listed them on eBay 1 per day with the auction starting at 8pm Eastern. Why 8pm you ask? You want to make sure your coins are seen by the most people possible. By 8pm, everyone in the Eastern time zone should be home, finished with dinner and sitting down to relax….perfect time for browsing on eBay. I’m also catching people just getting home in the West, so I think my scheduling gets the best of both worlds. All said and done, the coins all sold ranging from a high of $30 to a low of $5 depending on condition and day of the week the auction ended. The weekend auctions did the best, so if I had drawn the sale out over a few months instead of 25 days I probably could have done a bit better. Anyway, the sales totaled about $250 after shipping and eBay fees, for a nice tripling of my initial investment. Total time on this was about 2-3 hours, so definitely worth it!

My second example involves an estate auction on MaxSold.com. The gentleman was obviously a huge collector and knew what he was doing. He didn’t have any of the garbage they try to sell you in magazines and on TV…he had the good stuff! Unfortunately, word got out and made things a little tough. In this situation, you have to go through all the lots (there were about 30 lots of coins), come up with a figure that you think you can sell them for, then come up with a price you are willing to pay to get them. I want to be able to at least double my money, so I set my limit with that in mind. Biding was crazy! You could quickly tell that not everyone that was bidding knew much about what they were bidding on. This was unfortunate, but I had to stick with my plan. I had bids on probably 20 lots and in the end came home with 9 of them. I got caught up in auction fever on a couple of auctions (Canada Day quarters, I love them!), but in the end spent $1400 on what I had calculated as a $3500 value. The sale of these took some time. There were probably 200 or more individual items and I planned on selling them 1 at a time. I spent a day cataloging and organizing, then probably a week worth of time spread out over several months listing and selling coins on eBay and larger items on a local Facebook group. I still have a few of the items I really liked, but as of today i’ve made about $1600 profit on the ones I have sold.

Whether it be antiques, cars, fishing lures, comics, etc, there’s money to be made out there buying and selling. Start small with items you know the value of and progress to learning about other items than can make you even more profit.

Let me know in the comments about your buying and selling adventures!

Kevin is the owner of smalltownriches.com. He's an avid entrepreneur always looking for an opportunity to take advantage of. Kevin is an active real estate investor with four properties he manages. He also holds a full time job as a control room operator at a cement plant. Kevin also has a passion for Dogs and anything with wheels and a motor. Someday he hopes to open his own dog rescue.

The Fails that led to my First Success: Part 1

How I Got Started Making Money Online

How I Got Started with Real Estate Investing